Set on the gorgeous white sand of Nassau’s Cable Beach, Rosewood Baha Mar is a sanctuary of exclusivity & luxury within the Baha Mar resort enclave. /content/dam/rosewoodhotels/property/baha-mar/en/images/overview/rosewood-beach-and-loungers-afternoon.jpg
One Baha Mar Blvd., Nassau, The Bahamas Nassau The Bahamas

A Taste of France In The Bahamas

Named for the café Daniel Boulud’s family operated outside Lyon at the turn of the century, Café Boulud The Bahamas offers the glamour of traditional French cuisine combined with the warm hospitality of a neighborhood café in a sophisticated Bahamian setting. The menu is inspired by Boulud's four culinary muses - La Tradition, La Saison, La Mer and Le Voyage - paired with the seasonality of local Caribbean ingredients, creating a unique culinary experience only found at Rosewood Baha Mar.


Featuring some of the classical French dishes synonymous with Chef Daniel, Café Boulud showcases local vegetables and seafood, along with signature dishes like Tournedos Rossini.

Chef Antoine grew up in Quebec, Canada where he graduated from École hôtelière de Laval, a culinary school in his hometown of Laval. His passion for traveling sparked his interest to move from his hometown and pursue cooking.

He began his Boulud journey at Maison Boulud in Montreal. As Chef de Partie, he learned about French tradition and the history of French gastronomy, and cultivated his style into Chef Daniel's way of cooking, eventually earning him the position of Executive Sous Chef. It was there that he began to understand the importance of local and seasonal produce, with summer becoming his favorite season.

Today, Chef Antoine is the Executive Chef for Café Boulud, discovering new ways to best showcase the Bahamian culture and local ingredients while staying true to the French roots of the restaurant.

Be the first to know about the latest menu updates, special events, and seasonal promotions by Café Boulud. 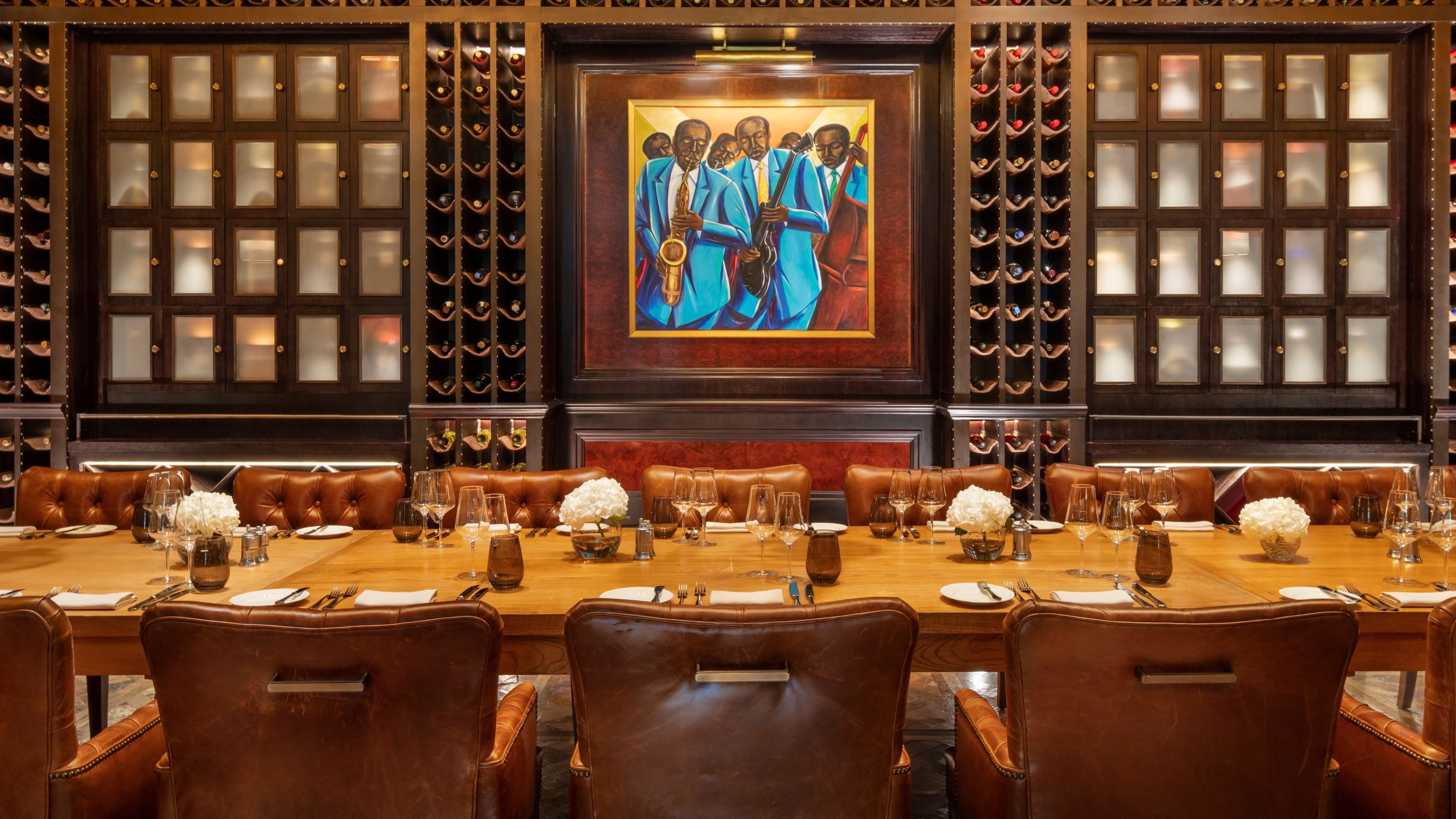 Inspired by the centuries-old rum-making traditions of The Bahamas, The Cellar walls are lined with premium rums and fine wines from around the globe. Rich dark woods and supple leather add old-world charm to the warm and intimate space. The 800-square-foot private dining room accommodates up to 22 guests for seated dinners.